Rutgers Men's Basketball was on the bubble heading into Selection Sunday. To capitalize on the energy when they officially made the NCAA Men's Basketball Tournament, the athletic department implemented an Eloqua landing page to coincide with the thrilling announcement. 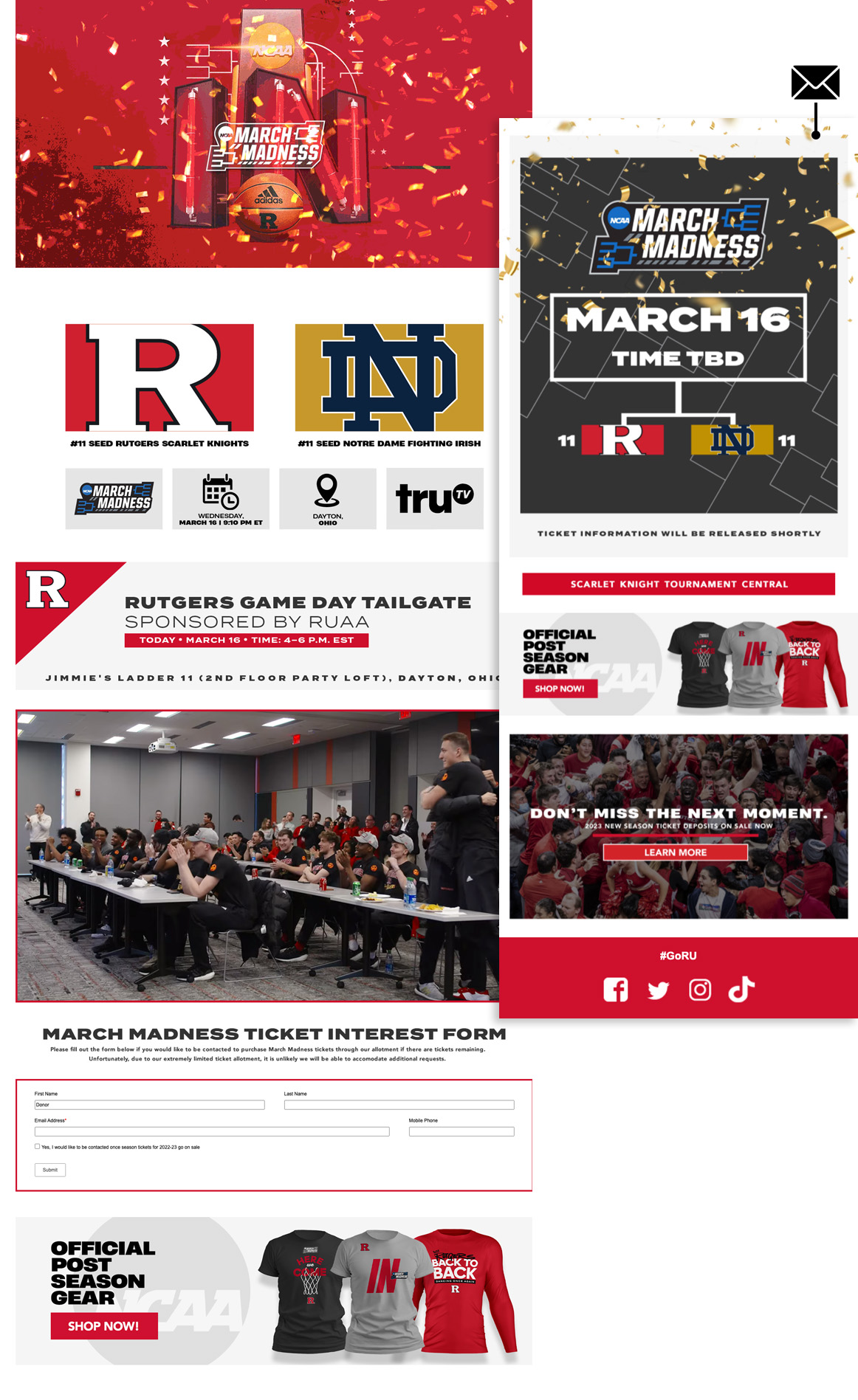 Leading up to the Scarlet Knights' announcement during the Selection Show, the team took advantage of the Eloqua Landing Page Builder to easily create a new page. Within forty-five minutes of Rutgers' name being called, they had it in fans' inboxes. In addition, to get fans excited for the Tournament game, they included game details like their opponent, date, location, tv channel, etc.

The Lay of the Landing

Rutgers used various types of content, including scrolling images, videos, gifs, graphics, forms, etc., to create an engaging landing page. And since it's easy to update landing pages as frequently as needed, adding new details, like game time, was a breeze when announced later in the week.

They also dropped in an interest form for game tickets (also created in Eloqua) and collected fan information. This form fed straight into Salesforce and allowed the sales team to start calling those hot leads first thing Monday morning to discuss tickets for the Tournament game plus season tickets for next year.

To help further drive revenue and donations, Rutgers added links for fans to:

Like all landing pages in Eloqua, this page is trackable, so Rutgers can create retargeting campaigns based on who has visited the landing page, even if they didn't submit their information.

The drag and drop feature with the option to view desktop/mobile views in the Eloqua Landing Page Builder is a game-changer. These features make it easy to build a creative and interactive layout quickly. The trickiest part is configuring the layout with so many options available. In contrast, the build is the easiest part. We think so highly of this builder that we plan to build all of our ticket-related pages in Eloqua.

Loaded with content and acting as a hub for their fanbase, the landing page's embedded ticket interest form request garnered 150+ leads within the first 24 hours and 200+ deposits placed within the first 48 hours.

Make it Your Own

Utilizing content created throughout the season allowed the Rutgers team to quickly turn around the Men's Basketball landing page by repurposing available resources. However, the most impressive part is that they created this landing page entirely on their own!

Having seen success with this landing page, Rutgers now employs them for other sports such as Women's Basketball and the upcoming Football Season, to name a few. 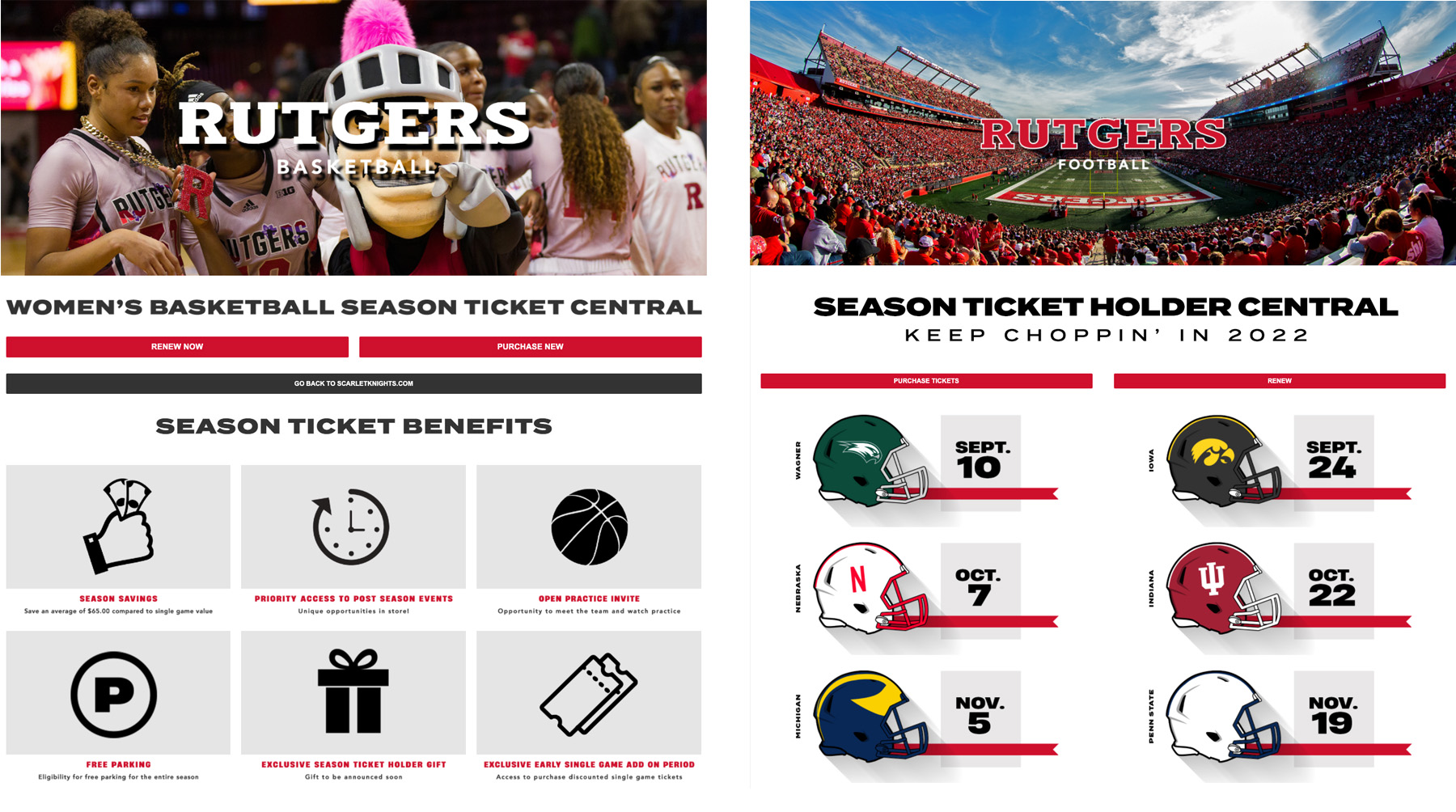 Let Eloqua's Landing Page Builder be your 'Sixth Man.' Reach out to your Marketing Automation rep to unleash the power of landing pages for your team!